27/08/2019 July 2019 was the hottest month on record worldwide, according to the National Oceanic and Atmospheric Administration.

“If you put all of the Julys for the last 20 or 40 or 100 years, there’s a clear trend upward. That’s the concern — that long-term trend. Not a single day or single month in particular,” Michael Allen, a climate scientist at Old Dominion University, told TIME. 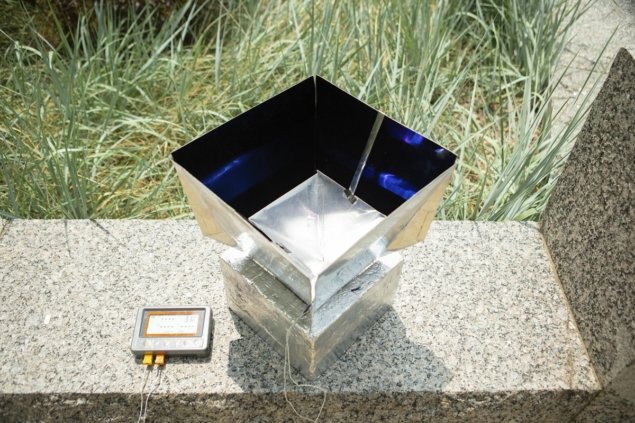 To meet global demand for cooling sustainably, researchers at the University at Buffalo have developed a device that could cool buildings without electricity.

The system combines a polymer and metal film to harness the power of radiative cooling, the process by which a body loses heat by radiation. On Earth, radiative cooling occurs via the emission of infrared light to counteract the absorption of visible energy from the Sun. However, so far technologies aiming to exploit this process have only been tested at the laboratory scale using noncommercial photonic materials.

As a commercially viable alternative, the researchers fabricated their thermal emitter from polydimethylsiloxane (PDMS) and either silver or aluminium. The PDMS film absorbs heat from the environment and then transmits the heat to cool down its surroundings. The metal reflects the solar light to prevent the transmission of sunlight to materials under the emitter, such as a roof.

Outdoor experiments performed in Buffalo, NY, to test the device provided cooling of up to 9 °C. Their success stems from the ability of PDMS thin films of over 100 micrometres in thickness to strongly emit in the 8 to 13 micrometre range while absorbing less than 10% of sunlight. At this thickness film roughness has little impact on the film’s performance, making the films suitable for cheaper fabrication processes.

According to the researchers, building designs have taken advantage of radiative cooling for decades. Most conventional radiative cooling techniques, however, naturally succeed at night, although cooling demand peaks during the day. The researchers therefore housed their emitter in a shelter to provide exceptional cooling despite the presence of sunlight. They coated the surface of the shelter with a spectral-selective absorber material to optimize absorption of solar illumination at its surface while efficiently reflecting all thermal radiation from the emitter. In addition they designed the shelter as a tapered wave guide that absorbs incident sunlight at a wide range of angles, as well as collimating and confining md-infrared waves to give rise to a beaming effect. So, on top of blocking daylight, the shelter also directs emissions upward rather than in all directions.


Their design lessens the surrounding environment’s ability to hinder the emitter’s cooling performance. It also allows this novel device to be implemented in urban settings where surrounding buildings would otherwise absorb the diffusely scattered heat.

“This enables the system to be more effective in urban environments, where there are tall buildings on all sides,”  Qiaoqiang Gan, an associate professor of electrical and computer engineering at the University at Buffalo, said in a university press release.

The team acknowledges there are additional issues to address before commercialization is feasible. Adjusting the shelter to better protect the emitter, for example, is key to improving efficiency. While the polymer material used is durable, more studies must be done to understand its lifetime during implementation.