29/08/2019 Originally predicted at the end of the 1960s, researchers still can’t say with certainty that they have actually observed the supersolid phase of matter in the laboratory. Physicists in Austria now report that they have found further evidence for this phase in a Bose-Einstein condensate made of erbium atoms. The finding will help advance our understanding of how spontaneous symmetry breaking occurs in quantum systems, they say. It also confirms that ultracold atoms are a powerful test bed in which to study highly non-trivial quantum phenomena.

A supersolid is a paradoxical form of matter – it flows without friction (like a superfluid) but its particles are arranged in a crystalline lattice (like a solid). Indeed, it is described as being a state in which two continuous symmetries are broken at the same time. These are: the translational invariance, which is associated with crystalline order; and the gauge symmetry, which is associated with the material’s frictionless flow. 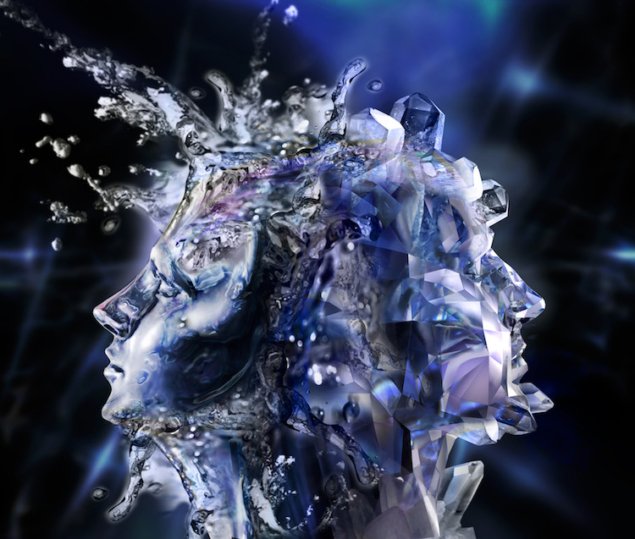 “The remarkable thing about a supersolid phase is that it has a dual nature in which two antithetic orders co-exist,” explains study team leader Francesca Ferlaino of the University of Innsbruck. “A supersolid is in fact both a crystal and a superfluid.”

Dipolar quantum gases could be supersolids

Researchers first predicted the existence of supersolidity in quantum solids with mobile bosonic vacancies. Later on, they focused on observing it in superfluid helium-4. Indeed, in 2004 physicists at Pennsylvania State University in the US reported on evidence for helium-4’s supersolidity, but further investigation by the team unfortunately revealed this not to be the case.

More recent experiments by three independent teams, including Ferlaino’s, have revealed that dipolar quantum gases elongated in one direction can undergo a phase transition from a regular Bose-Einstein condensate (BEC) to a state that has supersolid properties. The atoms in dipolar gases have large magnetic moments and it is the interactions between these atoms that give rise to supersolidity.


One team led by Tilman Pfau of the University of Stuttgart in Germany and the other led by Giovanni Modugno of the University of Florence in Italy found evidence of this solid phase in an ulracold gas of magnetic atoms (either erbium or dysprosium). “In this present work we have made an important step forward and have studied how this phase reacts to excitations, such as stretching and compression,” says Ferlaino.

In quantum physics, any system has distinct excitation modes that characterize how it responds to an external perturbation – similar to a bell that one strikes, she explains. “The bell responds with a given frequency that is associated with a given type of deformation. This can be a vibration, shear or compression of its constituents.

“We have now found that the solid phase in a cloud of ultracold erbium atoms responds to the excitations in a way that agrees with what is theoretically expected for a supersolid, thus providing further evidence for this state.”

Thanks to a model-free statistical analysis known as Principal Component Analysis, the researchers were able to observe that the gas of supercooled erbium atoms develops two different energy states at the same time when it undergoes a phase transition from a BEC to a supersolid. This pair of states manifests itself as a distinctive structure in the energy-momentum spectrum of the system and forms two branches.

“Each of these branches is associated with one of the orders – crystalline or superfluid – and contains modes that are either vibrations of the crystal structure or superfluid respectively,” says co-team leader Lauriane Chomaz “In our work, we show both theoretically and experimentally that this crucial feature of the supersolid spectrum persists in laboratory systems of a finite size.”

The Innsbruck physicists then studied their system in an experiment by confining the erbium atoms into a 3D optical trap created by lasers (which is the usual way to create a BEC) that was elongated in one direction. To perturb the BEC and study its response, they quickly changed the size of the trap along this direction to expand and contract the condensate. The moving atoms interfere with one other and produce an interference pattern that contains multiple excitation modes belonging to the two branches – just as in the theoretical calculations.

These findings will help us better understand spontaneous symmetry breaking in quantum systems, Ferlaino tells Physics World. They also confirm that ultracold atoms are a very powerful test bed in which to confirm the existence of highly non-trivial quantum phenomena, and to simulate or control them.

The researchers, reporting their work in Physical Review Letters, say that they will now be characterizing the supersolid phase they have observed. “We will be particularly focusing on the superfluid flow in the system and how it evolves along the phase diagram,” says Ferlaino. “We would like to answer questions such as how does the system behave when it is rotated or locally perturbed? What other characteristics can we glean from the supersolid’s excitation spectrum – both in terms of its solid elasticity and its superfluid fraction?”