Scientists Develop The Most Heat-Resistant Material Ever Created 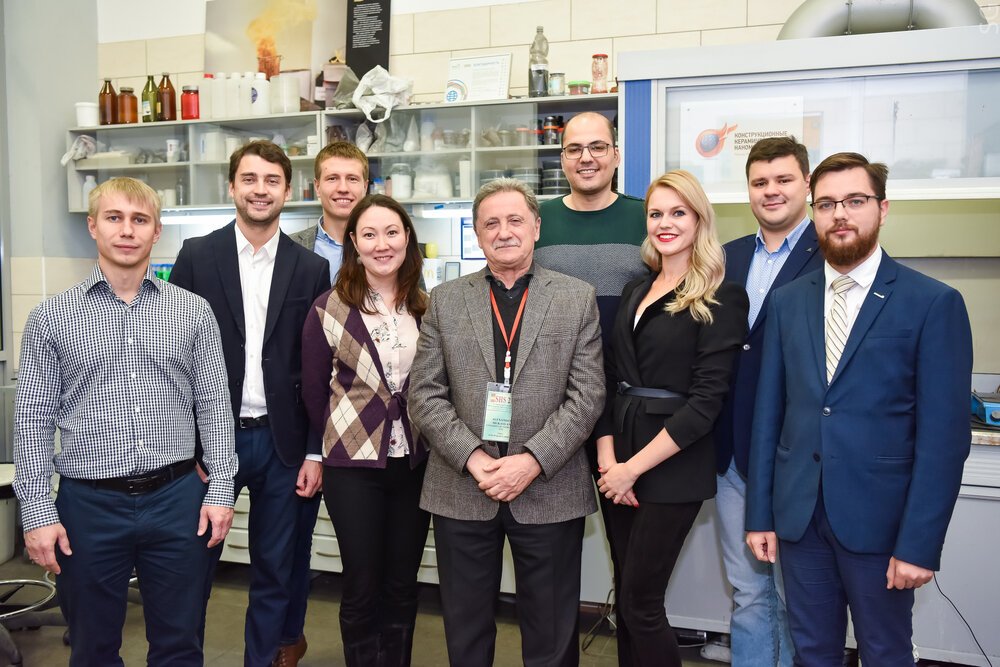 A group of scientists from NUST MISIS developed a ceramic material with the highest melting point among currently known compounds. Due to the unique combination of physical, mechanical and thermal properties, the material is promising for use in the most heat-loaded components of aircraft, such as nose fairings, jet engines and sharp front edges of wings operating at temperatures above 2000 degrees C. The results are published in Ceramics International.

Many leading space agencies (NASA, ESA, as well as agencies of Japan, China and India) are actively developing reusable spaceplanes, which will significantly reduce the cost of delivering people and cargo to orbit, as well as reduce the time intervals between flights.

"Currently, significant results have been achieved in the development of such devices. For example, reducing the rounding radius of the sharp front edges of the wings to a few centimeters leads to a significant increase in lift and maneuverability, as well as reducing aerodynamic drag. However, when exiting the atmosphere and re-entering it, on the surface of the wings of the spaceplane, temperatures of about 2000 degrees C can be observed, reaching 4000 degrees C at the very edge. Therefore, when it comes to such aircraft, there is a question associated with the creation and development of new materials that can work at such high temperatures," says Dmitry Moskovskikh, head of NUST MISIS Center for Constructional Ceramic Materials.

During recent developments, the goal of the scientists was to create a material with the highest melting point and high mechanical properties. The triple hafnium-carbon-nitrogen system, hafnium carbonitride (Hf-C-N), was chosen, as scientists from Brown University (U.S.) previously predicted that hafnium carbonitride would have a high thermal conductivity and resistance to oxidation, as well as the highest melting point among all known compounds (approximately 4200 degrees C).

Using the method of self-propagating high-temperature synthesis,the NUSTMISIS scientists obtained HfC0.5N0.35, (hafnium carbonitride) close to the theoretical composition, with a high hardness of 21.3 GPa, which is even higher than in new promising materials, such as ZrB2/SiC (20.9 GPa) and HfB2/SiC/TaSi2 (18.1 GPa).

"It's hard to measure a material's melting point when in exceeds 4000 degrees С. Therefore, we decided to compare the melting temperatures of the synthesized compound and the original champion, hafnium carbide. To do this, we placed compressed HFC and HfCN samples on a graphite plate shaped like a dumbbell, and covered the top with a similar plate to avoid heat loss," says Veronika Buinevich, NUST MISIS post-graduate student.

Next, they connected it to a battery using molybdenum electrodes. All tests were performed in a deep vacuum. Since the cross-section of graphite plates differs, the maximum temperature was reached in the narrowest part. The results of simultaneous heating of the new material, carbonitride, and hafnium carbide, showed that the carbonitride has a higher melting point than hafnium carbide.

However, at the moment, the specific melting point of the new material is above 4000 degrees C, and could not be determined precisely in the laboratory. In the future, the team plans to conduct experiments on measuring the melting temperature by high-temperature pyrometry using a laser or electric resistance. They also plan to study the performance of the resulting hafnium carbonitride in hypersonic conditions, which will be relevant for further application in the aerospace industry.