Scientists Cooled A Nanoparticle To The Quantum Limit 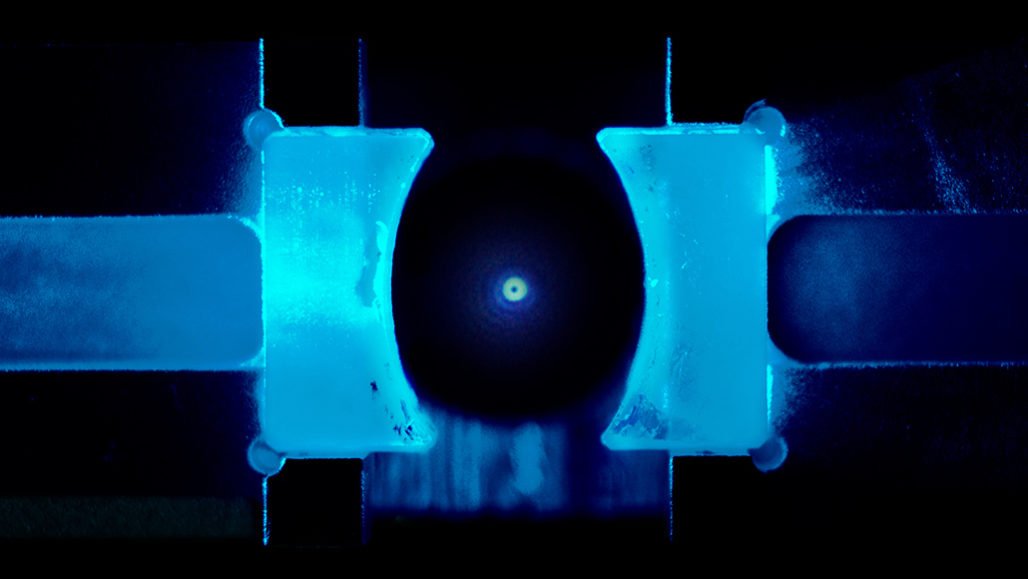 A tiny nanoparticle has been chilled to the max.

In a typical material, the amount that its atoms jostle around indicates its temperature. But in the case of the nanoparticle, scientists can define an effective temperature based on the motion of the entire nanoparticle, which is made up of about 100 million atoms. That temperature reached twelve-millionths of a kelvin, scientists report January 30 in Science.

Levitating it with a laser inside of a specially designed cavity, Markus Aspelmeyer of the University of Vienna and colleagues reduced the nanoparticle’s motion to the ground state, a minimum level set by the Heisenberg uncertainty principle, which states that there’s a limit to how well you can simultaneously know the position and momentum of an object.

While quantum mechanics is unmistakable in tiny atoms and electrons, its effects are harder to observe on larger scales. To better understand the theory, physicists have previously isolated its effects in other solid objects, such as vibrating membranes or beams (SN: 4/25/18). But nanoparticles have the advantage that they can be levitated and precisely controlled with lasers.

Eventually, Aspelmeyer and colleagues aim to use cooled nanoparticles to study how gravity behaves for quantum objects, a poorly understood realm of physics. “This is the really long-term dream,” he says.