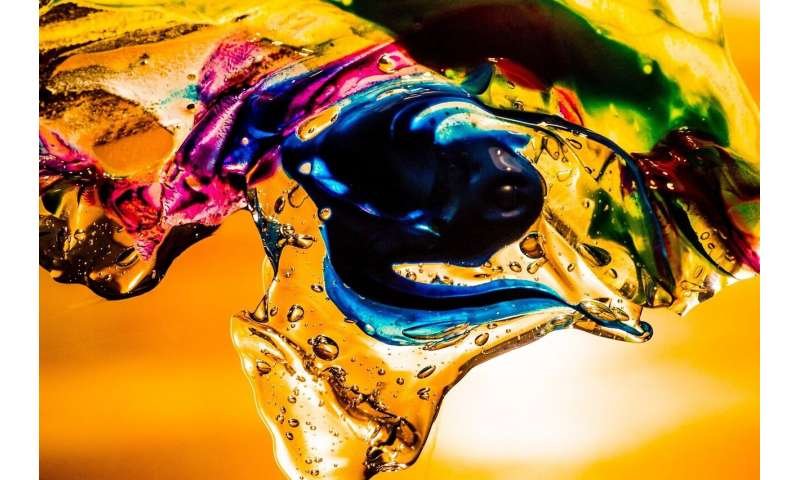 Researchers at the University of Tsukuba have created a new carbon-based electrical device, π-ion gel transistors (PIGTs) by using an ionic gel made of a conductive polymer. This work may lead to cheaper and more reliable flexible printable electronics.

Organic conductors, which are carbon-based polymers that can carry electrical currents, have the potential to radically change the way electronic devices are manufactured. These conductors have properties that can be tuned via chemical modification and may be easily printed as circuits. Compared with current silicon solar panels and transistors, systems based on organic conductors could be flexible and easier to install. However, their electrical conductivity can be drastically reduced if the conjugated polymer chains become disordered because of incorrect processing, which greatly limits their ability to compete with existing technologies.

Now, a team of researchers led by the University of Tsukuba have formulated a novel method for preserving the electrical properties of organic conductors by forming an "ion gel." In this case, the solvent around the poly(para-phenyleneethynylene) (PPE) chains was replaced with an ionic liquid, which then turned into a gel. Using confocal fluorescent microscopy and scanning electron microscopy, the researchers were able to verify the morphology of the organic conductor.

"We showed that the internal structure of our π-ion gel is a nanofiber network of PPE, which is very good at reliably conducting electricity" says author Professor Yohei Yamamoto.

In addition to acting as wires for delocalized electrons, the polymer chains direct the flow of mobile ions, which can help move charge-carriers to the carbon rings. This allows current to flow through the entire volume of the device. The resulting transistor can switch on and off in response to voltage changes in less than 20 microseconds—which is faster than any previous device of this type.

"We plan to use this advance in supramolecular chemistry and organic electronics to design a whole arrange of flexible electronic devices," explains Professor Yamamoto. The fast response time and high conductivity open the way for flexible sensors that enjoy the ease of fabrication associated with organic conductors, without sacrificing speed or performance.