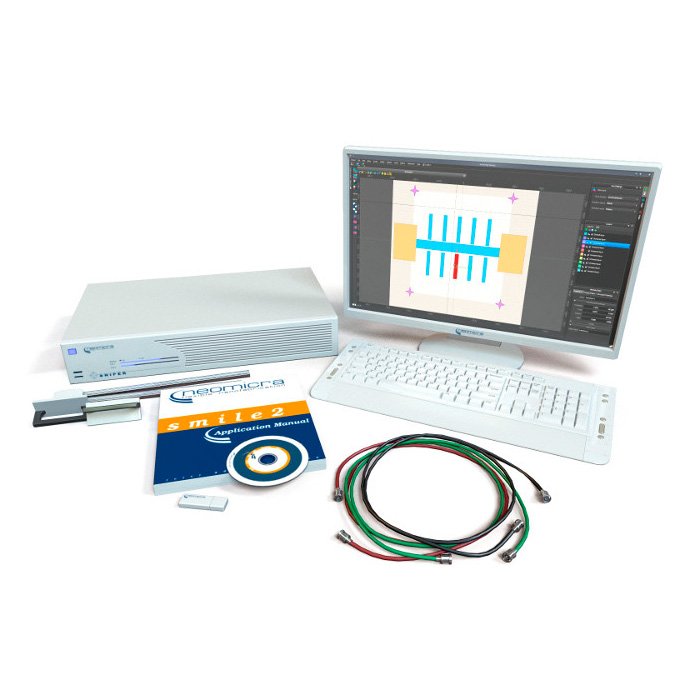 View in
get a quote

In contrast to the other electron beam lithography systems, the hardware of the smile2 contains no dedicated pattern generation but IO-devices, so it’s IO-hardware only. The smile2 hardware is responsible for data dispatching, timing, triggering and the digital-to-analog and analog-to-digital conversion.

With extensibility in mind, the hardware is divided into a digital part that can drive one or more analog “output pairs”. Each output pair can drive one beam, the beam blanker, and the signals from two detectors. In this way, existing systems can be extended to real multi-beam systems.

A novel and unique feature of the IO-harware is its ability to change the sampling rate (in terms of e-beam lithography: dwell time) at every sampled point without any time loss. We named this feature elementary time partitioning (etp). It is the the driving factor not only for high-resolution 3D Lithography, but also for high-quality proximity effect correction, since no fracturing of the geometry for correction is required.

In many cases (e.g. for small structures, lenses), it is important on which path the beam moves during exposure. Alos for a large amount of repeatable elements such photonic crystals, the exposure time can be reduced by minimizing jumps between two elements. Since the pattern generation is performed in software, the beam movement strategy can be adapted to the current task. 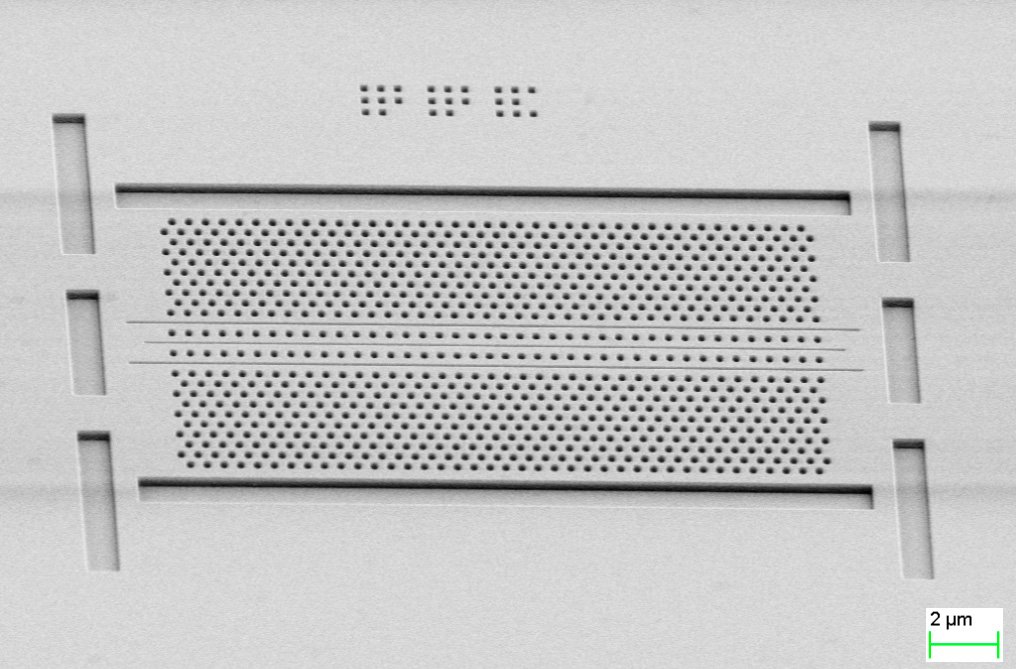 The base sytem, includes all core components to perform lithography. In detail, it comes with

However, since most SEM vendors changed many things over years, we need to know the exact model and options to tell how good the support for the corresponding SEM is.

In contrast to other vendors, neomicra offers a modular product platform. Depending on your needs, individual modules can be purchased and added in order to get new functionality. Currently, neomicra offers the following components and modules, integratable in the smile2 base system: