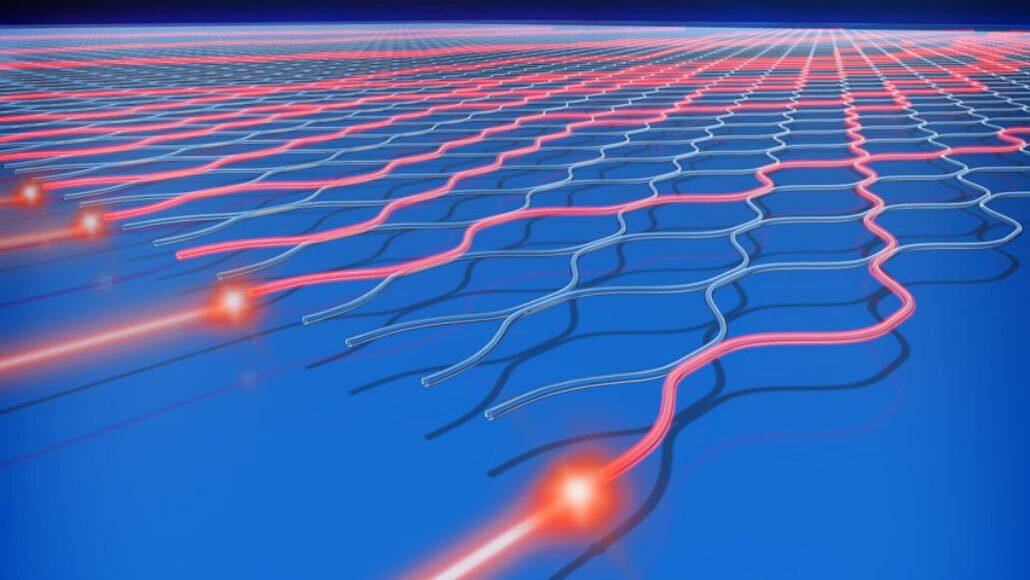 A new type of quantum computer has proven that it can reign supreme, too.

A photonic quantum computer, which harnesses particles of light, or photons, performed a calculation that’s impossible for a conventional computer, researchers in China report online December 3 in Science. That milestone, known as quantum supremacy, has been met only once before, in 2019 by Google’s quantum computer (SN: 10/23/19). Google’s computer, however, is based on superconducting materials, not photons.

“This is the first independent confirmation of Google’s claim that you really can achieve quantum supremacy,” says theoretical computer scientist Scott Aaronson of the University of Texas at Austin. “That’s exciting.”

Named Jiuzhang after an ancient Chinese mathematical text, the new quantum computer can perform a calculation in 200 seconds that would take more than half a billion years on the world’s fastest non-quantum, or classical, computer.

Google’s device, called Sycamore, is based on tiny quantum bits made of superconducting materials, which conduct energy without resistance. In contrast, Jiuzhang consists of a complex array of optical devices that shuttle photons around. Those devices include light sources, hundreds of beam splitters, dozens of mirrors and 100 photon detectors. 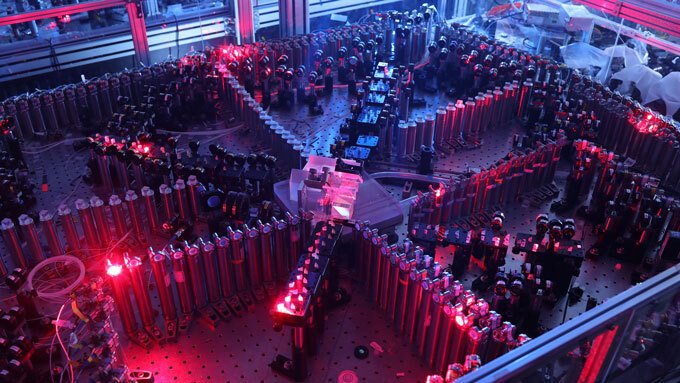 Employing a process called boson sampling, Jiuzhang generates a distribution of numbers that is exceedingly difficult for a classical computer to replicate. Here’s how it works: Photons are first sent into a network of channels. There, each photon encounters a series of beam splitters, each of which sends the photon down two paths simultaneously, in what’s called a quantum superposition. Paths also merge together, and the repeated splitting and merging causes the photons to interfere with one another according to quantum rules.

Finally, the number of photons in each of the network’s output channels is measured at the end. When repeated many times, this process produces a distribution of numbers based on how many photons were found in each output.

If operated with large numbers of photons and many channels, the quantum computer will produce a distribution of numbers that is too complex for a classical computer to calculate. In the new experiment, up to 76 photons traversed a network of 100 channels. For one of the world’s most powerful classical computers, the Chinese supercomputer Sunway TaihuLight, predicting the results that the quantum computer would get for anything beyond about 40 photons was intractable.

While Google was the first to break the quantum supremacy barrier, the milestone is “not a single-shot achievement,” says study coauthor and quantum physicist Chao-Yang Lu of the University of Science and Technology of China in Hefei. “It’s a continuous competition between constantly improved quantum hardware and constantly improved classical simulation.” After Google’s quantum supremacy claim, for example, IBM proposed a type of calculation that might allow a supercomputer to perform the task Google’s computer completed, at least theoretically.

And achieving quantum supremacy doesn’t necessarily indicate that the quantum computers are yet very useful, because the calculations are esoteric ones designed to be difficult for classical computers.

One limitation of Jiuzhang, Weedbrook notes, is that it can perform only a single type of task, namely, boson sampling. In contrast, Google’s quantum computer could be programmed to execute a variety of algorithms. But other types of photonic quantum computers, including Xanadu’s, are programmable.

Demonstrating quantum supremacy with a different type of device reveals how rapidly quantum computing is progressing, Sciarrino says. “The fact that now the two different platforms are able to achieve this regime … shows that the whole field is advancing in a very mature way.”